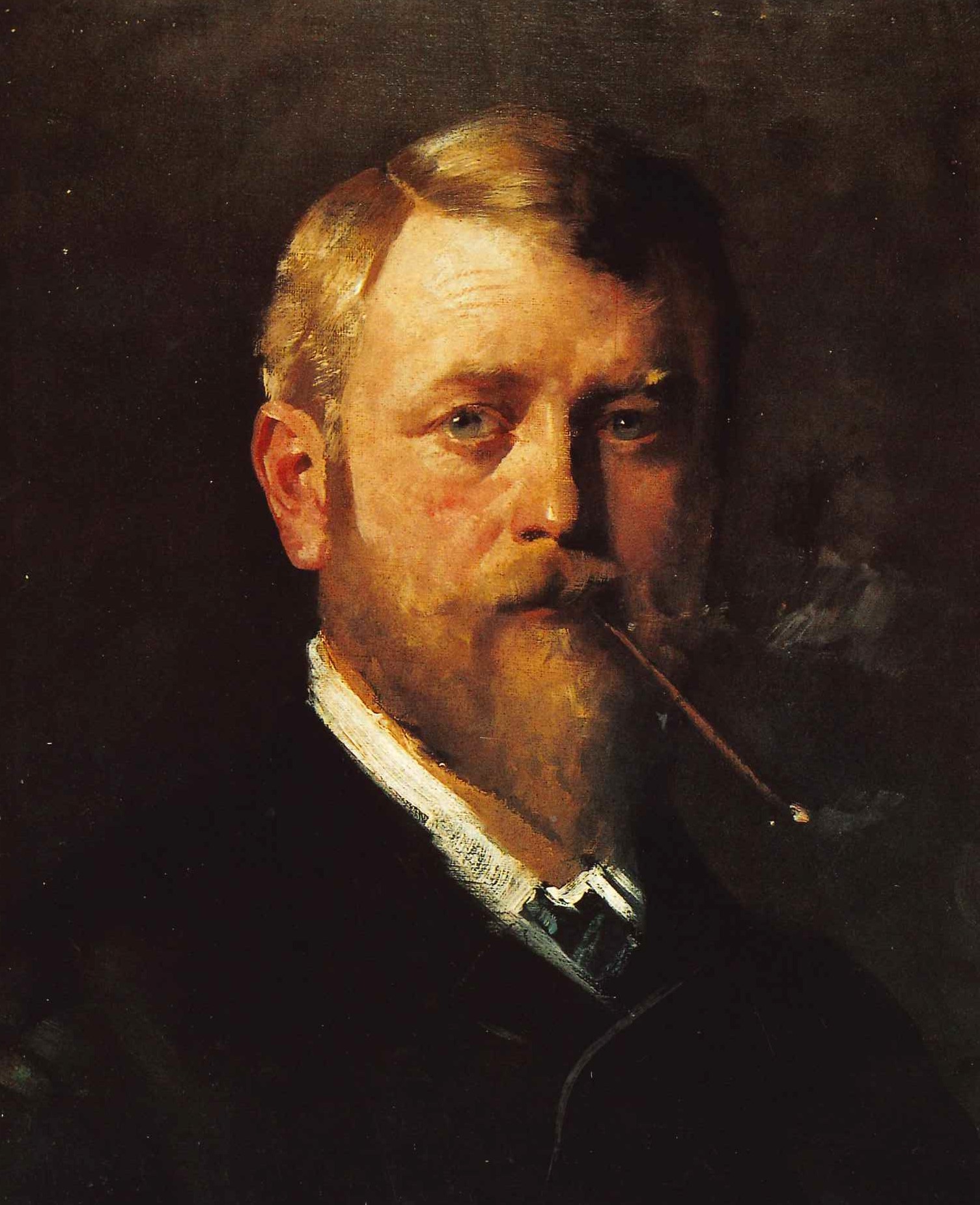 I’ve been busy with portrait commissions lately, therefore it was very refreshing and fun to get to do a mastercopy again.

But when I got asked if I wanted to do it, I wasn’t quite sure because it was a landscape – and as you might know landscapes are not my primal subject. It got even more intimidating when I was allowed to borrow the original piece from the city museum of Bludenz. 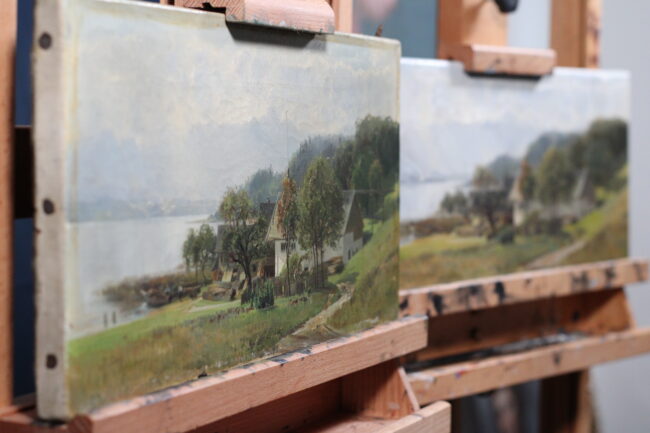 A landscape painting by no less a figure than Jakob Jehly – a successful 19th century artists of our region. While feeling extremely honoured once the paintng arrived at my studio I was also paranoid something could happen to it because of my clumsiness… (My hands were quite sweaty every time I had to pick it up!)

But anyhow, I have never been closer to a 19th century painting before – and it’s amazing to be able see all of these intricate little details and to be able to study them so precisely. I really have to say: I’ve had my ups and downs while copying it but I’ve learned so much from Jehly and I am extremely thankful for this unique opportunity.

Over the course of the commission, I also delved deeper into Jehly’s creative work and life, which turned out to be a quite difficult task considering that there is not much information about him to be found online. 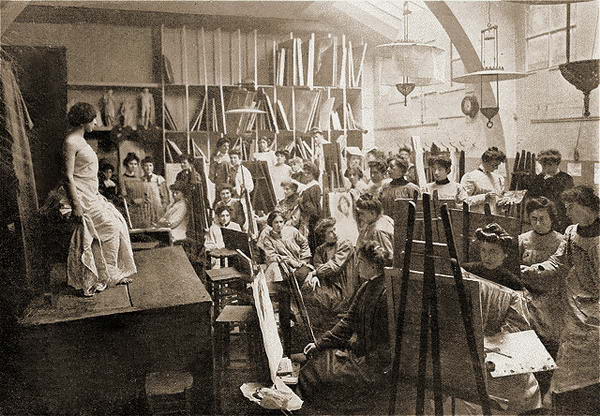 Born into a family of craftsmen and artists in Bludenz/Austria in 1854 it was natural for Jakob to pursue painting as a profession. After his extraordinal talent in painting was strengthened by local teachers he went on to study at the famous „Kunstakademie“ in Munich from 1870-1876. Art Academies such as the ones in Munich or Paris were famous for their rigorous training in realism and created the finest and technically best trained artists at the time.

Upon returning to his hometown, Jehly, very fond of the mountains and nature surrounding him, was mainly focusing on sceneries in oil, watercolours and graphite. But painting people was also very dear to him. He often portrayed farmers, friends and family, and shows us a unique glimpse into life in „Vorarlberg“ at the end of the nineteenth century. 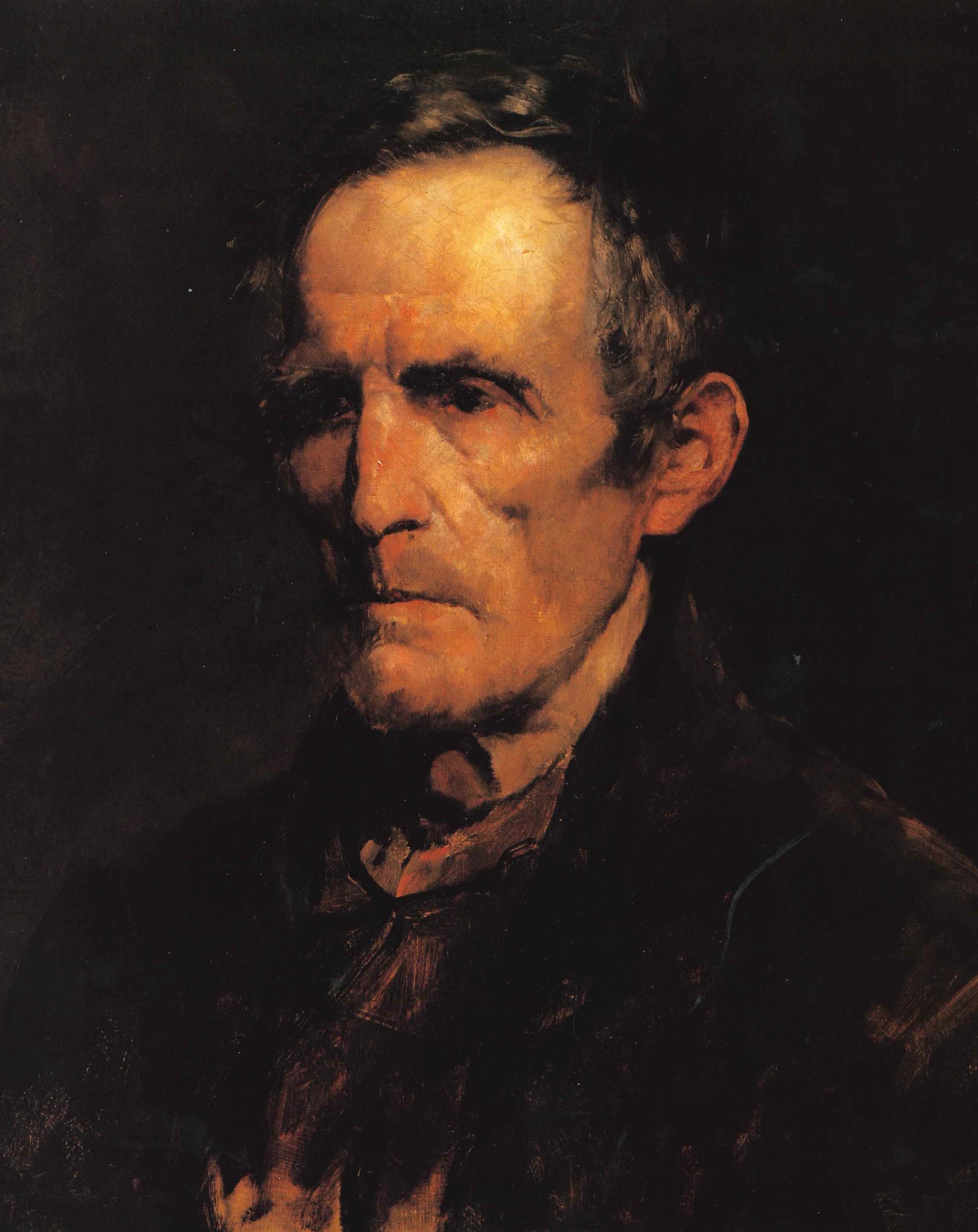 After becoming acquainted with wealthy Scottish industrialist and aristocrat John Sholto Douglass and his wife Wanda in 1872, a new life chapter started for the rather poor artist as the couple became his closest collectors and friends and opened new doors to a more international clientele. In 1874, John Douglass died in a hiking accident and shortly after, Jehly fell in love with the 14-year older widow Wanda and against the scrutiny of her family, the pair married in 1879. In 1882 Wanda gave birth to their daughter Margarethe.

In 1897, Jehly, who had suffered from strong asthma his entire life, died after a surgery at the age of only 43. 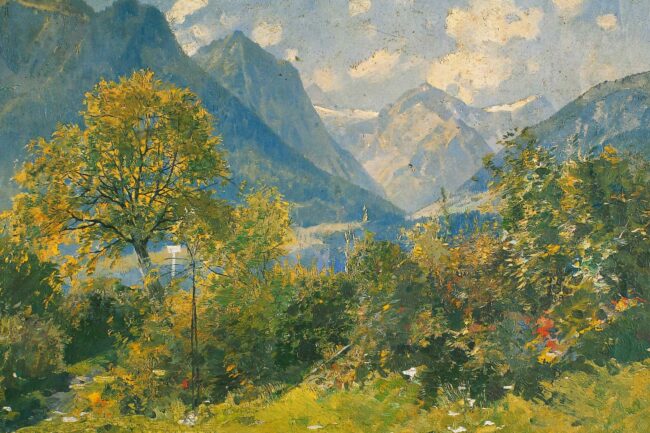